The Northwestern European countries have the highest potential for resilience to the impact of fake news due to the quality of education, free media and high trust among people. At the other extreme are the Balkan countries, which would be more vulnerable to the negative influence of fake news and the “post-truth” phenomenon mainly because of controlled media, deficiencies in education and the low level of trust among people.

These are the findings of a new edition of the Media Literacy Index by the European Policies Initiative (EuPI) of the Open Society Institute – Sofia. The index assesses the resilience potential to fake news in 35 European countries, using indicators for media freedom, education and trust in people. As the indicators have different importance, they are assigned different weight in the model. The media freedom indicators have the highest weight (Freedom House and Reporters without Borders) along with the education indicators (PISA) with reading literacy having the highest share among them. The e-participation indicator (UN) and trust in people (Eurostat) have smaller weight relative to the other indicators.

According to the Index 2018 findings, the countries which are better equipped to deal with the impact of post-truth and fake news are the countries from Northwestern Europe – the Scandinavian states as well as the Netherlands, Estonia and Ireland. This coincides with the conclusions of other surveys and experts opinions, which single out these countries in regard to their capacity to tackle fake news. The countries with the lowest results are in Southeastern Europe – from Croatia to Turkey – along with their immediate neighbors Hungary and Cyprus. As a rule, the reasons for these results are the poor or mediocre performance in education as well as the controlled (not free) media. Such countries are most likely to be vulnerable to fake news and the ensuing negative effects.

The cluster analysis of data for 2018 shows differentiation of five groups of countries with similar characteristics. The countries in the better performing clusters are in the Northern and Northwestern part of Europe and on the other side of the map and the ranking are the countries in Southeastern Europe with one middle, transitional cluster, encompassing countries such as Hungary, Italy and Greece.

Bulgaria is 30th among 35 countries in the ranking and is in the second to last cluster, along with Serbia, Montenegro, Bosnia and Herzegovina and Albania. Its position is unchanged compared to the previous year. Macedonia and Turkey occupy the last two positions in the ranking. Estonia has the best performance among the new member states and is 5th by overall result. Estonia’s result is due mainly to very high scores in both education and media freedom. Poland registers the biggest drop compared to last year, down by three positions, due mainly to deterioration of its media freedom score.

According to the author of the report Marin Lessenski, there are different approaches in dealing with fake news and post-truth, regulation being one of them. But while some regulation is necessary, education seems to be the best all-round solution to fake news and the post-truth phenomenon with fewer drawbacks and more possibilities to tailor it to different situations. It has fewer side effects and more opportunities for adaptation to different situations. The results of the Media Literacy Index indicate that high quality education and having more and more educated people is a prerequisite for tackling the negative effects of fake news and post-truth. In addition, there seems to be correlation between quality of education and media freedom when the two indicators inn the index are compared. Countries with better education tend to have more media freedom and vice versa. While the index cannot single out cause and effect, the very observation of a relationship is indicative.

The Media Literacy Index 2018 was made possible thanks to the support provided by Global Affairs Canada. 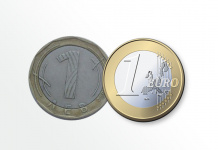 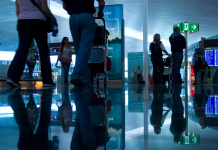