The activity of Open Society Institute – Sofia since its very foundation in the beginning of the 90s of the last century has covered the whole spectrum of pre-school, school and university education.

The access to education for everyone, the integration of vulnerable groups in the educational system, the democratic participation of the parents of all social groups, the informed public debate and the expert contribution to the formulation of evidence-based public policies in the field of education are still in the focus of the Institute.

Among the topics Open Society Institute – Sofia has considered throughout the years in its studies in the field of education are parents’ participation in school life, the development of professional education and the prospects it offers for the future professional trajectories of young people, cognitive and non-cognitive skills necessary in modern economy, the relation of education with the labor market, etc.

One of the most significant activities of the Institute in early education is a big field study carried out at the request of the Trust for Social Achievement. The study was part of a large-scale experiment related to the stimuli for attending kindergarten and with its influence on the development of the children from vulnerable ethnic groups.

Open Society Institute – Sofia assesses projects and programs in the field of education such as Schools of the Future program of America for Bulgaria Foundation and Teach for Bulgaria program. The assessments made by the Institute aim to give a comprehensive picture of the wide diversity of problems in education by means of talks, interviews, discussion groups and observations, as well as through complex quantitative methods using both data available from different resources and primary information collected by us. Some surveys carried out by the Institute in secondary schools and universities cover tens of thousands of students and thousands of teachers and university professors.

Open Society Institute – Sofia has developed its own teacher training program including topics such as  the work of the pedagogues on reducing early school leaving, the cooperation of schools with social workers and Roma education mediators, promoting empathy, dialogue and tolerance in school.

In the field of secondary education Open Society Institute – Sofia aims to combine the strict examination of the results based on the best research standards with the testing of new approaches. An example of that is our work with professional schools within the Bridge to Business Programme which teach students of Roma origin with low academic results.

In the field of university education Open Society Institute – Sofia, together with several partner organizations, created the Bulgarian University Ranking System. The ranking system was developed at the request of the Ministry of Education and Science and its annual issues facilitate the informed choice of university applicants and the continuous process of reforms in university education.

Open Society Institute – Sofia has a long experience in providing support to educational institutions in Bulgaria, in managing scholarship and mentor programs, as well as in supporting students’ initiatives and innovations. In response to the global economic crisis in 2010 the Institute provided extraordinary financial aid to the National Academy of Music Prof. Pancho Vladigerov, to the National Academy of Theatre and Film Arts Krastyo Sarafov and the National Academy of Art to mitigate the initial effects of the unexpected cuts in the public funding of their activity in times of crisis. 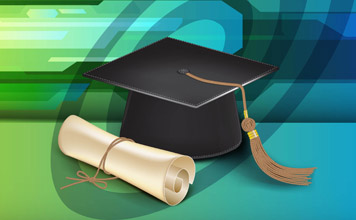