More than a decade after Bulgaria joined the EU it turns out the county might have to wait another quarter-century to catch up the rich member states.

The gross domestic product per capita of Bulgaria reached 49 % of the EU average, which is 40 percent more than in 2007, when the country joined the EU. However, a report of Open Society Institute – Sofia shows that Bulgarians’income will reach 90 % of the EU average only after 2042, which is the longest period in comparison with the other member states, Bloomberg writes.

Bulgaria will overcome the big differences in the income in terms of the other EU states after 24 years if the country keeps its present growth levels, the report says, cited by Bloomberg.

Meanwhile, in an interview for 24 Chasa newspaper the author of the report, Georgi Angelov, senior economist at Open Society Institute – Sofia, explained that Rumania and Bulgaria, though the poorest EU countries, have the highest economic growth in the last three years. This is important, because reaching the income standards requires that the poorest are the fastest to catch up. This is what is happening, he adds.

You can read the whole interview of Georgi Angelov for 24 Chasa newspaper here. 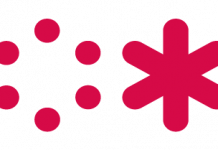