A major part of the defendants within the legal aid system in our country are men under 29; half are unemployed; half have already been convicted at least once; 10% are under age; 16% do not speak Bulgarian, 11% are foreigners, and one in five is held on remand. Most probably, a considerable part of the defendants are illiterate, even of those who have formally completed a certain stage of school education. These data outline a number of vulnerable groups among the clients of the legal aid system, who should be the object of special protection according to the European and national legislation, and the work with them poses special requirements to the professional qualification of the defense lawyers respectively.

These are the results of a representative survey of the accounts paid by the National Legal Aid Bureau in 2015 for legal aid provided in the pre-trial phase of the criminal proceedings. The survey was carried out by a team of the Legal Programme of Open Society Institute – Sofia within Work Package 2 of the project Improving the Access to Legal Aid in the Pre-trial Phase of Criminal Proceedings in Bulgaria. The project was implemented in the period August 1, 2016 – January 31, 2018 in partnership with the National Legal Aid Bureau and Open Society Institute – Sofia, with the participation of the Dutch Legal Aid Board as an associated partner. 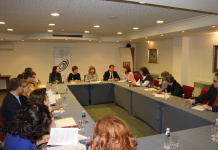 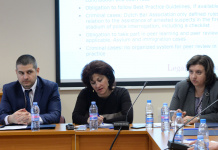