The most common model of an appointment procedure for the position of the Prosecutor General in the EU Member States is to have a proposal submitted by an executive body (the Government/the Minister of Justice) and the appointment carried out by the head of state (the King/ the President), i.е. the procedure is driven by sole-member bodies which guarantees clear responsibility. It can be seen from the practice in the other EU Member States that the involvement of the supreme legislative authority with a decisive role in the procedure for the appointment and dismissal of the Prosecutor General is not a common model. It is practiced only in several of the EU Member States that are former Socialist republics and it entails more frequent scandals and delays of the procedure compared to the countries where the appointment/dismissal procedure of the Prosecutor General involves the Government and the head of state.

These are part of the results from a new comparative legal study of the Open Society Institute – Sofia, carried out with the support of the Ministry of Foreign Affairs of the Netherlands. The study was presented at a roundtable with experts and representatives of the institutions and of civil society organizations on Jan. 29, 2019.

The EU Member States propose a number of different models to guarantee the independence of prosecutors by involving collective bodies (Prosecutorial Councils) in the management of the prosecution service. Such bodies usually issue an opinion on candidacies for positions in the prosecution service and for candidacies for the position of the Prosecutor General. In at least two EU Member States the prosecution service is headed by a collective prosecutorial body (Belgium, the Netherlands), which takes part in the setting of the priorities of the national criminal policy and gives instructions to prosecutors for its implementation. The success of these models is based on the considerable autonomy from the Prosecutor General that prosecutors in collective bodies enjoy. “In this respect, the reconsidering of the model of the Prosecutorial Council with the Bulgarian SJC to guarantee greater independence of its members from the Prosecutor General is the next step to consider in the reform of the public prosecution”, said Ivanka Ivanova, author of the study and Director of the Law Program of OSI Sofia.

Full text of the study What do we (not) know about the Prosecutors General in the EU Member States? 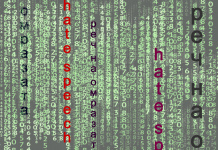