The main tendencies [in the new issue of the University Ranking System – editor’s note] are three – the number of students diminishes, job opportunities of university graduates improve and scientific publications of universities tend to increase. At the same time there is a process of gradual rationalization of the choice of university applicants and directing of more students to professional fields which traditionally offer better job opportunities for graduates on the labor market on account of a greater decrease of the share of students who have been admitted to professional fields in terms of which during transitional periods we have encountered relatively fewer job opportunities for the graduates.

This was what Georgi Stoytchev, Executive Director of the Open Society Institute – Sofia said in an interview for 24 Chasa daily.

The Ranking System has received its international acknowledgement a long time ago, Stoytchev also said. According to academic publications, it is the first of its kind and marks the beginning of the so-called third wave in the development of ranking systems around the world. It is considered to be one of the best examples of its kind and one of the most innovative ranking systems. In this regard, Bulgaria is among the international leaders and, in a few other countries, the university applicants have access to such profound and reliable information about universities, especially as far as job opportunities of graduates are concerned, he added.

Full text of the interview Income depends not only on what you graduated but also where for 24 Chasa newspaper (in Bulgarian only). 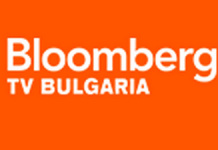 Bulgaria faces huge demographic challenges, but optimists point to recent migration trends as cause for at least cautious optimism

Web based teaching within the Higher education system on the...

Every third in Bulgaria does not read books at all