There is a considerable public support for democracy in Bulgaria: the largest group of respondents (45%) tends to agree that democracy is the best form of governance for the country and the majority identify only democratic states as suitable role models for the national government. Germany, the United Kingdom and Switzerland form the leading group of countries with good governance according to the public perceptions: 23% of the respondents identify Germany as a well governed country that can serve as example for Bulgaria, second is Switzerland with 9% and the United Kingdom is third with 8%.

These are some of the main findings of a nationally representative public opinion survey conducted by Open Society Institute – Sofia in the spring of 2018 and summarized in a report entitled Democracy and civic participation. Public Attitudes towards Democracy, the Rule of law and Fundamental Human Rights in 2018. This was the third survey from the series that aimed at registering the trends in the public attitudes towards the main EU values: democracy, the rule of law and the protection of fundamental rights.

The public support for democracy however is gradually eroding comparing to the data from previous surveys: in 2018 the share of respondents who agree with the statement that democracy is the best form of governance for the country drops 7% compared to 2015. Amongst the participants in survey there are dominant negative assessments of the efficiency of the government to solve the main national issues, low trust in institutions and the conviction that the political and administrative elite is formed based on connections instead on merits.

In 2018 the survey registered low civic participation in governance: the large majority of respondents are not members of any organizations, hardly 4% are members of political parties and just 2% of trade unions. However, a positive trend has been observed in this respect in the period between 2002 and 2018, although the trend has not been pronounced: membership of clubs is on the rise and an increasing number of people are prone to resort to the institutions for help with solving problems and protest in case of bad governance.

Out of the three surveyed fundamental values of the EU (democracy, the rule of law and human rights), citizens tend to consider the protection of human rights as the greatest achievement of the transition to democracy in Bulgaria. A significant share of the respondents believes that they are free to exercise their civil rights and are not afraid of repressions by the law enforcement authorities. The employed, however, seem to be vulnerable: one in five believes that they can lose their jobs if they take part in a protest or if they criticize the government in public.

The most pronounced perception of a crisis can be observed with regard the rule of law in Bulgaria: the main difference between democratic and totalitarian governments being that the first can be held politically and legally accountable by the voters unlike the latter. However, only 26% of respondents in Bulgaria agree that the government acts within the law and public assessment of the quality of legislation is extremely low: hardly 22% believe that the laws in the country are fair, hardly 14% that the laws are clear and comprehensible, hardly 8% that the laws apply equally to all.

The 2018 survey shows a crisis of public trust in television and the press as factors of more responsible governance: the television is losing its position of a medium people trust when they look for information about the situation in the country. The majority of respondents agree that the press is free to criticize the government but they do not believe that the press or television would report the truth in case a senior civil servant is involved in a crime. Without reliable information about the work of the government, citizens are prevented from taking part in the process of decision making.

Full text of the report Democracy and civic participation. Public Attitudes towards Democracy, the Rule of law and Fundamental Human Rights in 2018

The quoted report “Democracy and civic participation. Public Attitudes towards Democracy, the Rule of law and Fundamental Human Rights in 2018” is based on data from a national representative public opinion survey conducted in April 2018. The survey was carried out by a team of the Open Society Institute – Sofia and was financed by its own funds. Out of 1,200 planned interviews, 1,174 were carried out. The maximum stochastic error is ± 2,9%. The survey method was based on a standard questionnaire and face-to-face interviews. The respondents were selected through two-state probability cluster sampling that was stratified by administrative regions and settlement type. In the report there are data from previous surveys conducted on the same method and questionnaire in 2015 and 2016. 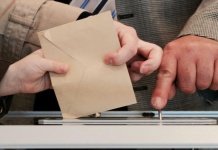 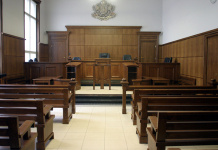