The people of Central and Eastern Europe retain a strong attachment to civil society and faith in the freedoms, which were achieved after 1989, but they have concerns about the future of democracy and are distrustful of the government and the media, according to a new report from the Open Society Foundations.

The report, States of Change: Attitudes in Central and Eastern Europe 30 Years after the Fall of the Berlin Wall—  is based on YouGov polling in Bulgaria, the Czech Republic, Germany, Hungary, Poland, Romania, and Slovakia— and provides a snapshot of current attitudes  on democracy, freedom of speech, the market economy, the media and the civic sector.

Among its top lines, the study finds large proportions of citizens in Central and Eastern Europe think democracy is under threat in their country and for Bulgaria this share is 56%. In six of the seven polled countries, the majority view is that freedom of speech is under siege. There are similar concerns about the rule of law with 60 percent of those polled believing it is under threat, with the highest share of such views in Bulgaria – 74%.

There are also concerns about the legitimacy of domestic ballots, particularly in Bulgaria, where 76%  of respondents believe the elections are “not free and fair”, while for Romania this share is 54 %  and in Hungary is 52 %.

With regard to market economy, the respondents in Bulgaria are the most skeptical about its effects with 39% saying that it is a bad thing for the country compared to 36% who say that it is a good thing. In comparison, only 12% of Poles and 18% of the Czech citizens, who participated in the survey, think that the market economy is bad for their country. The larger share – 52% in Poland and 51% in the Czech Republic – consider market economy as a good thing for their country.

These fears co-exist, however, with strong support for the freedoms of civil society. For example, there are majorities in every country polled for the right of civic organizations and academic institutions—to criticize governments – and the largest share is in Bulgaria – 72%.

The polling also detects a current of optimism among Millennials (23-37 years old) and members of Generation Z (18-22 years old), mostly in regard to their ability to influence politics and bring about positive change. The young people in the region are far more  tolerant than older groups to different minorities, the LGBTI community and refugees. Civic engagement is also high across the polled countries, with Millennials leading the way. In every country polled, young people, and especially young women, are more likely than older people to say that people like them have more opportunities than they did in 1990.

Commenting on the report and its findings Patrick Gaspard, president of the Open Society Foundations, said: “Thirty years after the fall of the Berlin Wall, this States of Change survey reflects the widely-acknowledged crisis of confidence in liberal values and democratic institutions across East and Central Europe. But it also shows us something more positive: that people believe their voices can make a difference; and that, when it comes to progressive values, the young are leading the way forward.”

The full text of the report States of Change: Attitudes in Central and Eastern Europe 30 Years after the Fall of the Berlin Wall 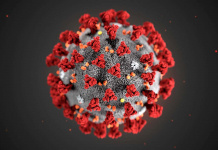 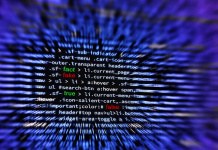