Non-governmental organizations in Bulgaria may rely on the confidence and support of about 1 million and 200 thousand adult citizens. Active supporters among them are slightly over 200 thousand. These are the results of a report of Open Society Institute – Sofia based on data of a national representative survey carried out among the adult population of the country. According to the report Trust in Non-governmental Organizations in Bulgaria, two thirds of the citizens who have had first-hand experience with NGOs or have received information about them from the media have developed a positive attitude and are willing to trust them. First-hand experience and media information are two of the main factors that influence the existing trust in NGOs. Lack of information is the main reason for distrust and undecidedness. Non-governmental organizations are among the least known types of organizations in the country and nearly half of the adult population has no opinion about them, mainly because it is not familiar with their activity.

Young people aged 18-29 and university graduates place the biggest trust in non-governmental organizations. NGOs enjoy much greater trust in cities than in villages and trust in NGOs among urban population is higher outside the capital and highest in district cities. Charity is the most recognizable NGO activity followed at a great distance by volunteering, environment protection and work with young people.

The report analysis is based on the findings of nationally representative public opinion polls carried out among adults aged over 18 in April 2018 by means of the method of a face-to-face interview using a standardized questionnaire. The respondents were selected through random two-stage cluster sample. 1179 out of 1200 planned interviews were carried out. The maximum stochastic error is ±2,8%. The survey was implemented and financed by Open Society Institute – Sofia. 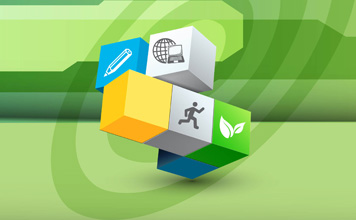