“Having so many women in my organization is not by chance, we had to push for it developing the D&I policies”

“I have never been hiding in the wardrobe and hiding to be lesbian. When my company (Nike) embraced whole self of me it received the best of me – talent, time, engagement”

These are just two of the highlights in the conversation on July 9th, 2020, during the next Diversity Pays Off Meet Up – Women Matter: gender diversity and women leadership. The meeting was online, having nearly 70 representatives of the corporate and non-profit sector participating. The web event was part of the Diversity Pays Off initiative and was organised by the Bulgarian Fund for Women, Open Society Institute – Sofia, GLAS Foundation, Deaf NOW Bulgaria and Social Future Foundation (JAMBA). The event was supported by DraftKings.

The keynote speakers at the online event were Anke den Ouden, Microsoft’s General Manager for Central and Eastern Europe, and Maria Bobenriet, CEO of Women Win, which builds a collaboration between the corporate sector and women’s funds globally. The moderator of the meeting was Gergana Kutseva – Deputy Director of the Bulgarian Women’s Fund.

The discussion was focused on successful models and corporate policies that aimed at the full inclusion and leadership of both women and the various and often underestimated or neglected groups like LGBTI people, Roma, people with disabilities and others.

The lack of diversified people in the company leads to “missing things,” said Maria Bobenriet. Special attention was paid to the advantages of diversity in the business environment, including the successful examples of leadership in both corporate practices and politics and public administration.

“It’s all about inclusion since the diversity already exist. The question is how much of this diverse population will be included and will be given a voice and an opportunity for leadership” said Anke den Ouden at the beginning of the conversation.

You can watch the full video of the meeting here.

The Bridge to Business is through Education 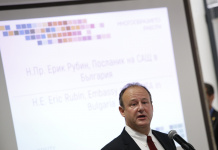 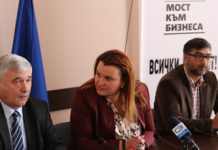 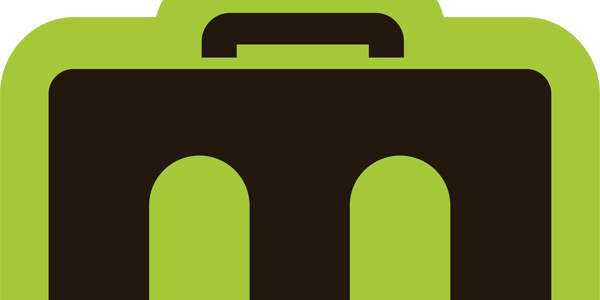 Women’s Leadership – Good Practices for Supporting Women in The Corporate...

The Bridge to Business is through Education

Report on the impact of Bridge to Business Programme on participant...

Diversity and Inclusion at the Labor Market

Diversity in the workplace – why and how?