“Homelessness” and “Informal settlements” are two of the six chapters of a university textbook drafted by the research team of the Open Society Institute – Sofia for the publication “PusH – Precarious housing in Europe” within the project of the same name.

The volumes gathered and systematised the rich scientific and practical international experience in the field of precarious housing in Europe and the world and outlined key challenges related to homelessness and informal housing.

The analysis of homelessness in the Old Continent reveals that the main problem remains the systematic collection of data and monitoring of the scope and dynamics of homelessness. Attitudes towards the homeless people are gradually changing, with personal attacks on them and criminalization giving way to more tolerant attitudes and development of effective policies and social instruments to reduce homelessness.

Informal settlements, which include illegally built dwellings, have been examined as a complex phenomenon intertwined with a wide range of informal social and economic practices. Among the main factors for their appearance and growth are the population growth, migration and the resulting rapid urbanization. Europe is no exception with its informal settlements such as migrant camps, slums and often ethnically segregated and marginalized urban areas. Informal settlements have different manifestations and purposes: they can be both a survival strategy and a form of social protest. The human right to a decent home approach challenges urban and social policies in relation to the possibilities of renewal, restoration and upgrading of informal settlements.

The university textbook, to which an e-learning module will be added in September, will be published with open access for both students and teachers.

The publications are part of the project “PusH – Precarious housing in Europe”, financed under the “Erasmus +” Program of the European Union. The project is a partnership initiative of the Open Society Institute – Sofia, the universities of Durham (UK), Utrecht (Netherlands), Venice (Italy), Leuphana (Germany), Danube University Krems (Austria) and the Center for Economic and Regional Studies of the Hungarian Academy of Sciences (Hungary). 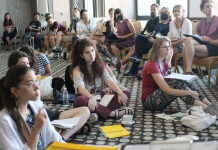 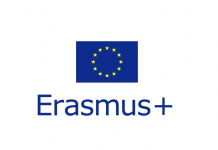 Precarious Housing in Europe – pushing for innovation in research and education 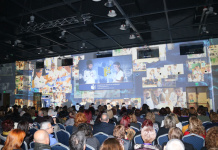