The 2022 edition of the Bulgarian University Ranking System (BURS) registers a record low unemployment rate among new university graduates as well as an improvement in the results for all other indicators measuring the relevance of the university education to the labor market. The updated ranking system also shows a continuous rise in the share of international students in Bulgaria and an increase in the number and influence of the research publications of the Bulgarian universities.

The 2022 edition of the Bulgarian University Ranking System was prepared by a consortium composed of Open Society Institute – Sofia and Sirma Solutions under a contract with the Ministry of Education and Science and its results were announced at a press conference on November 14, 2022, with the participation of the Minister of Education Prof. Sasho Penov and the Executive director of the Open Society Institute – Sofia, Georgi Stoytchev.

Regardless of the negative economic effects related to the Covid pandemic and the war in Ukraine, the share of the registered unemployed among Bulgarian citizens who have graduated from universities in Bulgaria in the last 5 years dropped to 2%, whereas the rate for last year was 3.5%. This has been the lowest unemployment rate registered among graduates ever since there were data about this indicator in the Ranking System which was published for the first time in 2011. The other indicators of graduates’ career relevance to the labor market continue to improve. The share of the graduates who do not contribute to the Bulgarian social security system fell below 17% in 2022 from over 25% in 2014. The share of the employed graduates who have been occupying a position that requires college or university degree increased to over 54% in 2022 from below 46% in 2014. The average insurance income of graduates is also growing, reaching up to BGN 1647 in 2022 in contrast to BGN 1520 for the last year and only BGN 867 for 2014.

Despite these positive trends, the new edition of the national ranking system continues to show that there are considerable differences in the average rates of income, unemployment and relevance of the acquired university education depending on the professional field as well as on the university chosen even within the same professional field.

The Bulgarian University Ranking System compares the performance of 52 universities within 52 professional fields based on dozens of indicators measuring various aspects of the teaching and learning process, science and research, teaching and learning environment, welfare and administrative services, the prestige and the regional importance of the universities as well as graduates’ career relevance to the labour market. To develop the indicators of the predefined rankings of the 2022 Ranking System information from various sources was used, including the universities, the National Evaluation and Accreditation Agency, the National Centre for Information and Documentation, the National Social Security Institute, the international bibliographic databases Scopus and Web of Science, as well surveys carried out in 2020 among students, teachers, the management and administrative staff of the universities, and employers.

The BURS’ aim is to assist university applicants in their efforts to make an informed choice and find their way in the variety of study opportunities offered by the universities in Bulgaria. The interactive website of the Ranking System (https://rsvu.mon.bg) provides users with predefined rankings of the universities by professional fields as well as with the opportunity to make their own custom rankings with a view to their individual interests and preferences by using the indicators and functionalities available in the system. The Ranking System also contains information about the most common professions among graduates in the various professional fields from different universities in Bulgaria, as well as a list of the majors provided by the individual universities.

The Ranking System is available in Bulgarian and English at: https://rsvu.mon.bg 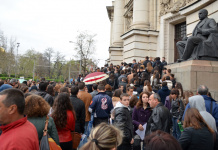 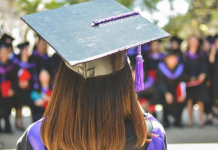 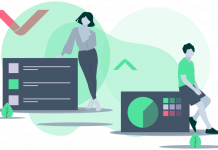