New York Times quotes the Media Literacy Index of OSI-Sofia in its article on Finland’s approach to media literacy saying that “Finland is ranked No. 1 of 41 European countries on resilience against misinformation for the fifth time in a row in a survey published in October by the Open Society Institute in Sofia, Bulgaria. Officials say Finland’s success is not just the result of its strong education system, which is one of the best in the world, but also because of a concerted effort to teach students about fake news. Media literacy is part of the national core curriculum starting in preschool.

“No matter what the teacher is teaching, whether it’s physical education or mathematics or language, you have to think, ‘OK, how do I include these elements in my work with children and young people?’” said Leo Pekkala, the director of Finland’s National Audiovisual Institute, which oversees media education.

After Finland, the European countries that ranked highest for resilience to misinformation in the Open Society Institute survey were Norway, Denmark, Estonia, Ireland and Sweden. The countries that were the most vulnerable to misinformation were Georgia, North Macedonia, Kosovo, Bosnia and Herzegovina and Albania. The survey results were calculated based on scores for press freedom, the level of trust in society and scores in reading, science and math.“

The Media Literacy Index, published since 2017, assesses the resilience potential to fake news in 41 European countries, using indicators for media freedom, education and trust in people.  The full text of the report of the Media Literacy Index 2022. How It Started, How It is Going can be found here https://osis.bg/?p=4243&lang=en

The New York Times article How Finland Is Teaching a Generation to Spot Misinformation from 10 January 2023 can be found here https://www.nytimes.com/2023/01/10/world/europe/finland-misinformation-classes.html 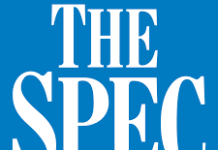 Why Canadians must embrace media literacy 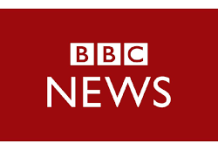 US midterm elections: Does Finland have the answer to fake news?