On 15 June 2017, the EU abolished the roaming charges for its citizens travelling in another member state. The abolishment of roaming took very long time and was preceded by a number of intermediary steps through the years. But the decrease in charges and the dropping of roaming is just one small part of the changes that occurred in telecommunications after the entry of Bulgaria in the EU. The roaming is just the tip of the iceberg.

Georgi Angelov, senior economist at the Open Society Institute – Sofia, examines the policy of the telecommunications sector and the implications for Bulgaria. His analysis is part of the series “10 years in the EU” of OSI-Sofia.

Full text of the analysis 10 Years in the EU: Europe, roaming and telecommunications. 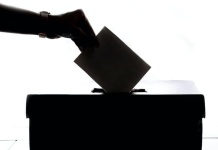